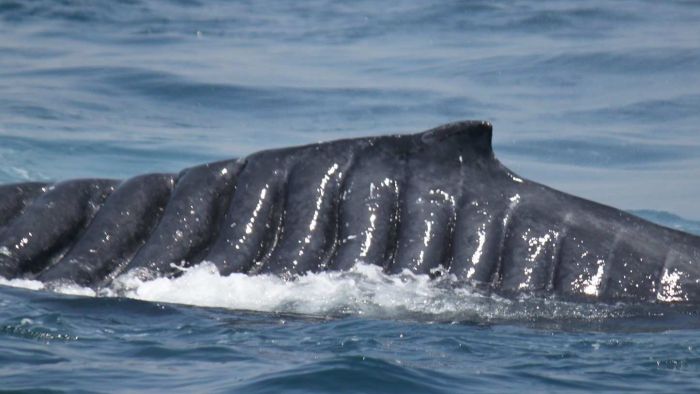 A humpback whale left with distinctive battle scars after a run-in with a boat propeller has been spotted in Tasmanian waters.
Key points:

The whale, known as Bladerunner, has deep 30-centimetre scars along her left side and right tail fluke after being…